An in-depth conversation with Jess Toolson, founder and CEO of Mixhers, about how being a parent has shaped her skillsets. 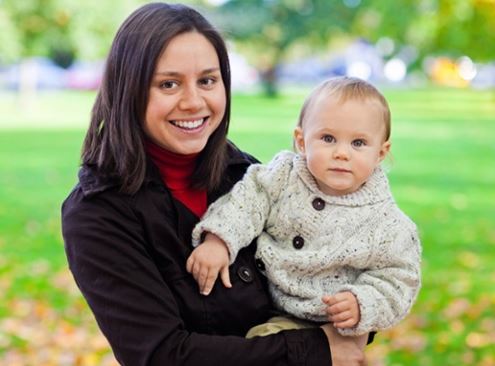 Motherhood arms women with several important skills that serve them well as CEOs, such as quick, efficient prioritization and the ability to nurture employees toward better performance, says Jess Toolson, founder and CEO of the Mixhers supplements company.  A mother’s inherent three-dimensional interpretation of situations comes in handy too:  “Problems come, sometimes quickly and urgently, and I need to provide solutions that are not only well thought out, but timely, because sometimes non-decisions are more damaging than incorrect ones,” Toolson says.

I wanted to have a chat with her, in part to find out how budding entrepreneurs can successfully step into a CEO position.  But early in the course of the conversation, she offered something that surprised me, and which changed the nature of the discussion.

“I feel like motherhood, above everything else I’ve done in my life, prepared me for being a CEO,” she said.

I found this fascinating, so we dug more into the concept, and what resulted took my breath away – key things that motherhood taught her about being a CEO.

1. Quick Problem Solving and a Three-Dimensional Perspective
Being a CEO requires a knack for quick-witted problem solving.  Most of the time, you must think through problems at a high level, looking at them three-dimensionally in order to arrive at a solution that you and your company can work towards and stand behind.

It is that key executive’s deciding vote which carries the most weight in determining company trajectory, and Jess said she was surprised how comfortable she felt when pushed into such situations, then detailed how being a mother prepared her to think through decisions calmly and from multiple perspectives.

“The power to problem solve is a life skill that’s just as important in motherhood as it is in the life of a CEO,” she explained.  “As a mother, I would try to look at challenges three-dimensionally: How can I see all sides of the issue?  What different approaches could I utilize?  What are the possible outcomes?  As a CEO, I try to take the same approach.  Problems come, sometimes quickly and urgently, and I need to provide solutions that are not only well thought out, but timely, because sometimes non-decisions are more damaging than incorrect ones.  Once I feel I have sufficiently thought out an issue, I try to act with a combination of confidence and flexibility.”

2. Prioritizing Quickly and Efficiently
The sky is not always falling.  Not every fire must be put out immediately, and there are (almost) no mistakes that cannot be reversed or fixed.  However, there is a mode that must be employed when dealing with the day-to-day demands of running a company.  Jess quickly realized that prioritizing would be an enormous part of her job description.  Luckily, as she explained, she felt prepared pretty much from the start.

“Being a parent taught me how to prioritize.  There are always one million things that need to be done, but there’s inevitably something that needs to be done first,” she said.  “At Mixhers, I’ve been able to look at what needs to be handled today, what can wait for tomorrow, and what’s a problem for next week.  This allows my team to chew off bits and pieces of a task, rather than take on the entire thing all at once.  Prioritizing intelligently has helped productivity, increased morale, and simplified our processes.  It’s also allowed us to celebrate wins and push through losses.”

3. Nurturing Employees Lead to Better Performance
A dramatic shift has taken place in the way employees are viewed, particularly over the last few years.  Rather than just warm bodies in seats from 9:00 to 5:00, employees are more often now regarded as individuals, whose performance is the sum of a number of different parts and circumstances – all of which an employer should understand and support.

Jess already felt a natural inclination to treat people like this, motivated in part by her experience as a mother.

“Good mothers have the ability to see their kids for who they can become with proper nurturing,” she observed.  “They also understand, on a circumstantial level, what’s driving behavior.  They always want their kids to know that even if they’re experiencing something hard, and even if there’s discipline or timeouts involved, they are there to be a child’s champion.  That’s what I’ve tried to implement at Mixhers.  I want my team to feel that I believe in them.  They need to know I can look past growing pains and well-intentioned mistakes, because potential is only realized when we work through those things together.

“I think I may take more time than the typical CEO in getting to know employees – their personal lives, their challenges, triumphs and skillsets.  Though this takes time, the payoff is immense.  Potential is reached more often, productivity increases and risks typically turn into rewards.”